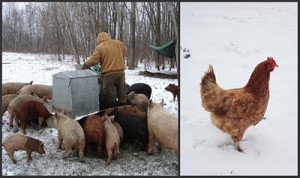 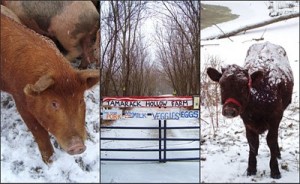 Turning from suburban Ethan Allen Parkway into Tamarack Hollow Farm is a little surreal, like wandering off the set for “Leave it to Beaver”, and finding yourself in “Little House on the Prairie”. Talking to Amanda Andrews and Mike Betit, life on the farm seems ripe for a situation comedy as well, with punchlines that juxtapose their homesteader lifestyle and the sedate neighborhood of 19th century houses that surrounds them. Warm summer evenings find neighbors strolling across the farm’s bridge to sip wine and watch the pigs and cows in their pristine pasture overlooking…highway 127. A few residents squirm when confronted with the less picturesque realities of farm life, like the three-sided, all-season composting outhouse, and the eau-de-farm that rises on hot days. Sitting by the crackling wood stove in the 14’ by 20’ cabin that Betit built last spring, it’s hard to imagine that we’re just a stones throw away from the picket fences and shopping centers of the New North End- until I open the door to the sound of rushing cars.

During the Covid19 outbreak we are not at UNSQ Greenmarket!

We attend Union Square Wednesdays year round, and can be found on the west side of the market about half way down, near 15th street. 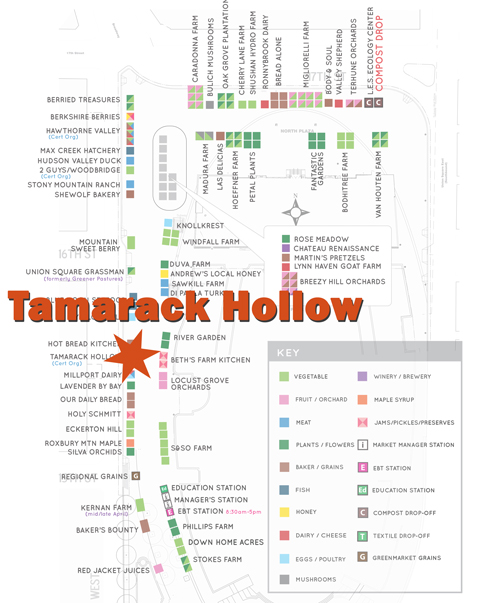 We attend Saturdays from roughly May through Thanksgiving, and can be found on the west side of the market, at the north west corner. 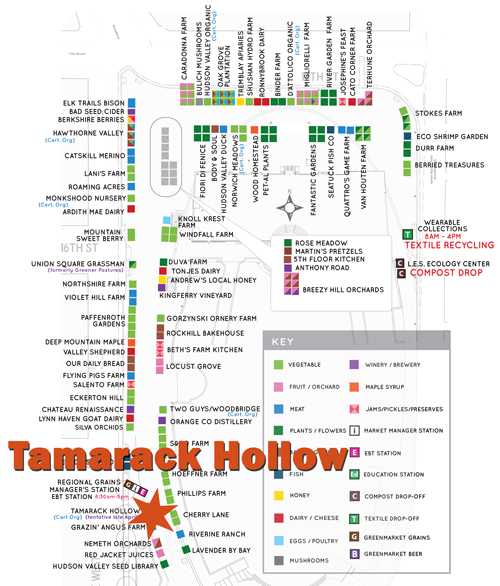